Sir Philip had for many years during his life been interested in youth work. He wanted to do something of a positive and lasting nature. He realised that, by close and continual contact with youth and the public in general, police officers had great potential to make a beneficial contribution to youth work.

Although there was nothing original in the idea of police running a Boys’ Club, there was a lot of publicity during the war years of other police forces contributing to youth work and this only served to make Sir Philip more determined that the Metropolitan Police should also take a hand.

During August, 1943, Sir Philip visited Croydon where he met and talked with Superintendent David B. Deller who had just been appointed to take charge of ‘Z’ Division.

The Commissioner mentioned his Boys’ Club scheme and outlined the objects which are contained in the Constitution of the Centre. It was agreed that Croydon was an ideal place in which to begin the project and Mr. Deller began by talking to other police officers and prominent local citizens.

Soon he had stimulated sufficient interest and on 25th February, 1944, in the Croydon Education Office in Katherine Street, twenty-six persons representing social and commercial interests in the Borough met to launch the Boys’ Club. A draft Constitution was approved. It was unanimously agreed that the name should be “The Sir Philip Game Boys’ Club” in recognition of the Commissioner’s work and interest, who was also elected the Club’s first President.

An old house, standing in an acre and a half of grounds in Morland Avenue,  which came with four hard tennis courts,  was acquired at an extremely low rental with an option to purchase.  Everything had been planned to get the Club premises fit for occupation by mid-September, 1944, but the German V-1 bombing campaign intervened. Even though the premises were not directly affected by the bombing, the planned renovations could not be commenced as the necessary licence from the Ministry of Works and Planning was unobtainable. Accommodation had to be found for the storing of furniture and effects of bombed out families in the borough and the Executive Committee of the Club decided to offer “The Cedars” for this urgent purpose. This offer was accepted.

Although progress was difficult because of war-time restrictions, the house was gradually made suitable and a wooden gymnasium built. Eventually, on 11th January, 1946, the Club was opened and by the end of the day 50 boys had enrolled. By the end of the year membership had increased to 200 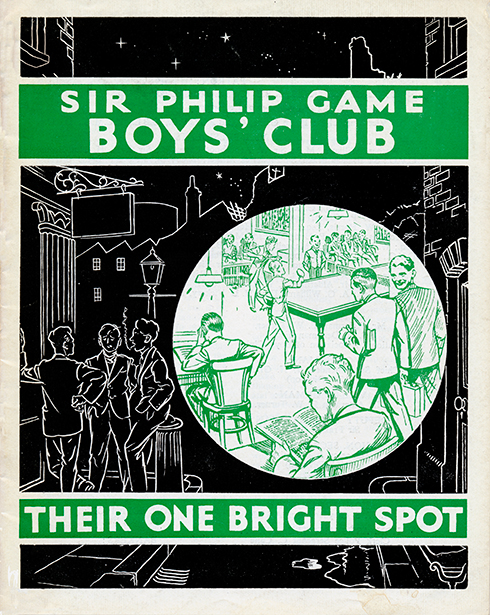 The Club was officially opened on 19th July, 1947, by the then Home Secretary, the Rt. Hon. J. Chuter Ede, in the presence of Sir Philip Game and many distinguished guests.

The Club prospered and funds were raised. The Club House was improved gradually to include a number of large rooms in which instruction and educational work could be carried out.

In 1952, a then modern brick gymnasium, fully equipped, was built and officially opened by Vice Admiral The Earl Mountbatten of Burma. It is known as the “David Deller Hall”, a permanent reminder of the Club’s first Chairman. Despite the acquisition of the new gymnasium, it was apparent the old house was becoming unsuitable for a modern club and that activities were limited by available space and suitable facilities.

Following the Albermarle Report in 1960 plans were made for the building of a new Club to form an integral part with the existing gymnasium. The Sir Philip Game Memorial Fund was launched in 1961 and by 1963 sufficient money had been raised. A new clubhouse, games room and bungalow were built and completed in 1964. The new premises were officially opened on the 8th May, 1966, by the then Home Secretary, the Rt. Hon. Sir Frank Soskice, in the presence of Lady Game who unveiled a plaque in the memory of her husband.

Boxing was an integral part of our club from the beginning. Several champions passed through our doors including, British middleweight champion Frankie Lucas,  three times world champion Duke McKenzie and WBC heavyweight champion Frank Bruno. Frank boxed for the Sir Phillip Game Amateur Boxing Club from 1977 to 1980, wherein his final season as an amateur, he was the youngest ever ABA heavyweight champion, aged 18. Regrettably, due to outside pressure, the boxing at the club was brought to an ignoble end in the early 1980s.  At present SPG doesn’t have a boxing club.

Over the years the involvement of the police and Croydon Council has varied. There are currently 12 managing trustees, 6 police appointed and 6 Council appointed.

The SPG is now a registered charity and the managers are the charity’s trustees. 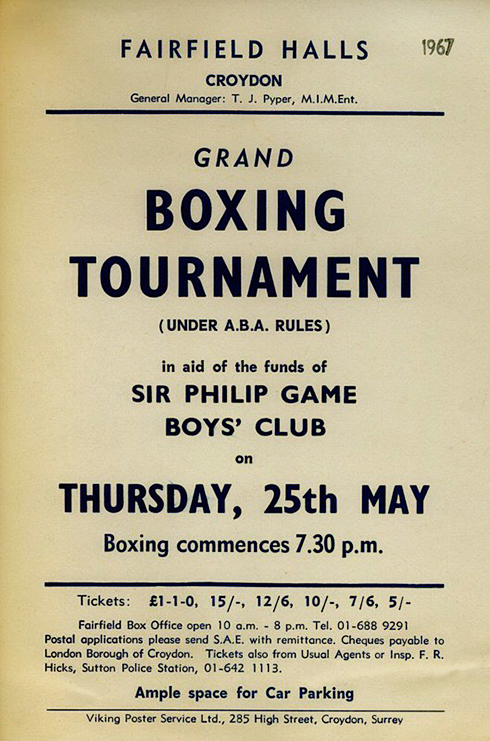 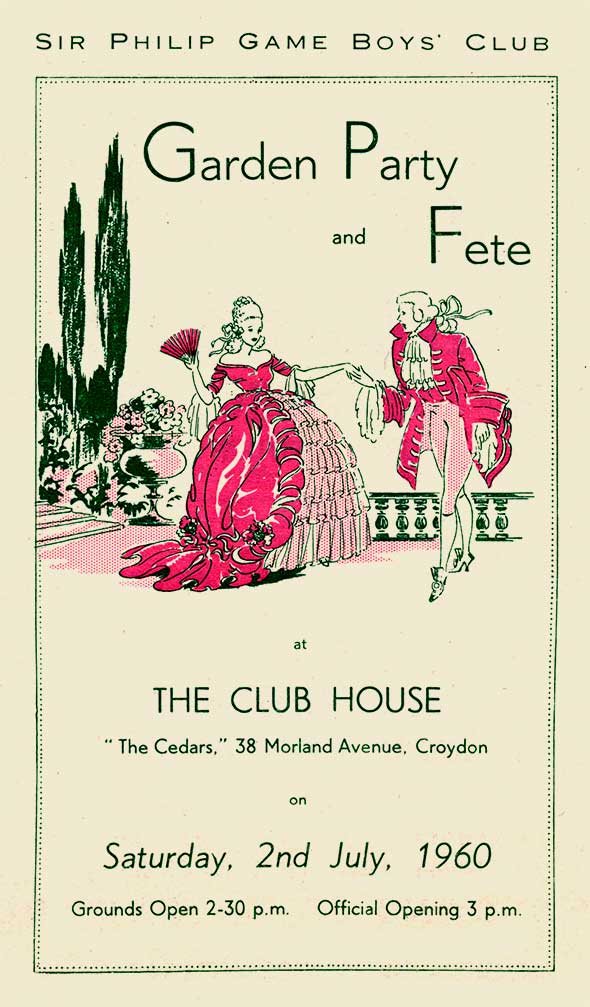