British and Commonwealth troops under the command of General Klepper (South Africa) fought a battle of delaying action throughout the 20th and 21st June, which enabled the port installations and stores to be destroyed and covered the breakout to the east of a large number of first-class troops and armour led by Major Sainthill of the Coldstream Guards. 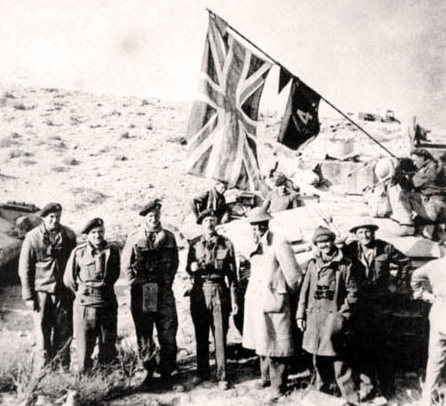 Brigadier A. Willison, the officer commanding the 32nd Army Tank Brigade, escaped from Tobruk after the fall of the town, but was captured in a cave about six miles outside the town on 22nd June 1942.

The flag was presented to Brigadier Willison by Field Marshal Rommel in recognition of the gallant way in which the action was fought and was kept by him throughout his captivity in prisoner of war camps in Italy and Germany.

It was Brigadier Willison’s wish that the flag should be kept as an inspiration and example to young people of future generations rather than to be left unseen in some museum. The Sir Philip Game Boy’s Club were honoured custodians of the flag.

Plans to permanently loan it to the Imperial War Museum were in progress when the flag was stolen along with several other items of value in the early eighties. Any information about the current whereabouts of the flag would be greatly appreciated. 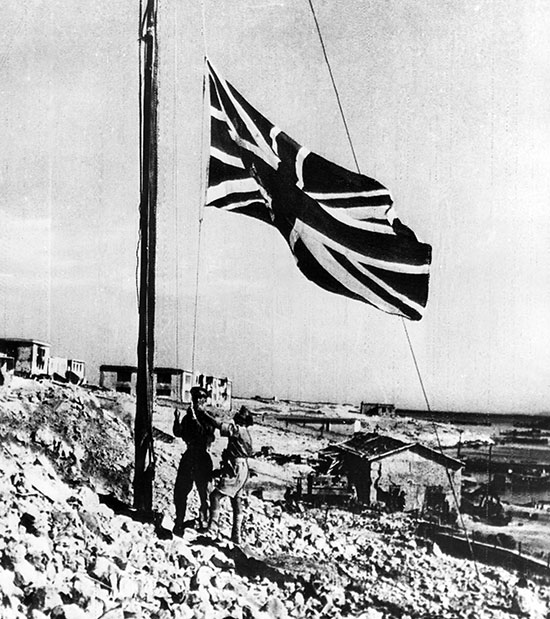